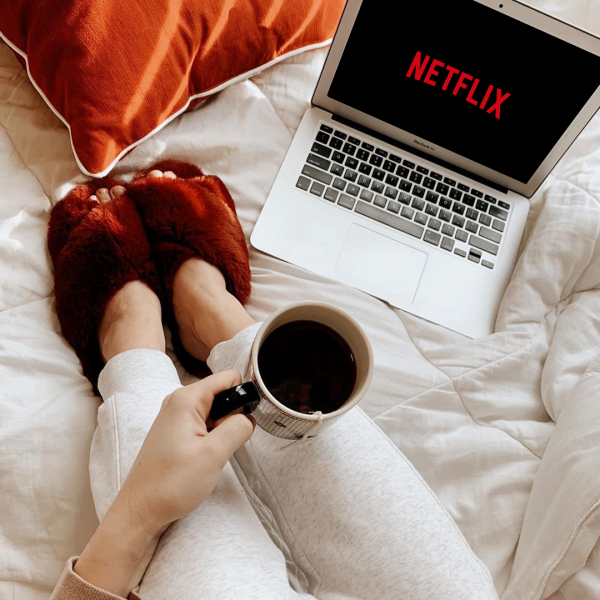 All of my life, my mother has had a strict 9 p.m. bedtime. No matter what function we attended, tasks needed to be accomplished, or vacations we were on, my mother would tap her watch promptly at 8:30 p.m., yawn, and give us the signal that we had to Irish exit and get home STAT. Enter the infinite number of times she had an overwhelming opinion on what to watch on Netflix and then promptly fell into a slumber before the beginning of the movie was even over.

Two weeks ago, my mother called me at 10:30 p.m.—basically her “middle of the night.” What could my mother, who adheres to such a strict bedtime, want this late at night? I answered with much confusion, only to immediately burst out laughing when she exclaimed, “Dexter is such a good show. Have you seen it?”

There’s nothing quite like finding a new, thrilling series that makes you abandon your morals and your bedtime. For our editors, these shows do that. From true crime to romance to drama to comedy and beyond, here are 10 shows that our team can’t get enough of right now:

After what feels like years of my friends trying to convince me to watch Love Island (UK), I finally took this new season as an opportunity to hop on board. I don’t have cable so I don’t watch too much reality TV, but let me tell you, Love Island has absolutely swept me off of my feet. It’s not the deep, heavy, complex thriller that I usually go for (honestly quite the opposite), and that’s exactly why I love it so much. It’s nice and lighthearted, but if you’ve never watched it before, don’t let that fool you. You’ll become so engrossed with the characters, their relationship developments, hilarious banter, and the common phrases that you 100 percent will find yourself using in your day-to-day life. I may or may not have said, “I don’t fancy my email inbox” aloud in a British accent this morning.

Yes, I am watching The Vampire Diaries—again. Since the first time I read Twilight, I’ve been sucked into vampire drama (pun intended), and I rewatch this series every few years because it’s my comfort show. Even if love triangles and supernatural creatures aren’t your thing, I’m willing to bet that Damon Salvatore is.

Where to stream: Disney+

To say that a Marvel TV show is a little off-brand for me would be an understatement—most of the time, I’m a registered true crime docuseries junkie, Gossip Girl loyalist, and How I Met Your Mother fanatic. However, I am absolutely obsessed with Tom Hiddleston, and this series has not only provided the thrills that any MCU installment promises but also an endearing cast of characters and an engaging plot. If you love a little space-themed action, a romantic subplot, and Owen Wilson playing a very typical Owen Wilson character, this series is for you.

4. The Real Housewives of Potomac

My best friends and our other editors swore up and down that I would fall in love with the Potomac housewives (I binged RHONY last year and thought that was the best of the franchise—I was wrong). They were obviously right because I’m on season 4 and watch the show every single night. I’m obsessed. The women in this show are all amazing; I’m rooting for every single one even though they annoy me sometimes or do things I disagree with. I love watching a Housewives show with a diverse cast (the entire Potomac cast is Black or biracial, and I really appreciate the discussions around being Black women there) because the franchise hasn’t historically been that way. But of course, they have a lot of what you come for: the drama. It’s the wildest show; I’ve been riveted over and over again, and I still know I have so much ahead of me.

Obviously, I had to binge watch season two of Outer Banks the second it came out. But before I did that, I also rewatched the first season—and let me tell you, it’s worth a rewatch. This show just gives immaculate beachy vibes, and I don’t think I could ever get sick of it. After watching both seasons, I already can’t wait for a third. I love these characters so much, and I can’t wait to see how they continue to grow.

Where to stream: HBO Max

I never thought I’d get the opportunity to dive back into fantasies of being an Upper East Side youth, but HBO Max gave it to us, and I’m taking it and running. It’s new, cooler, edgier, and completely free of headbands, and it’s the perfect summer show to binge.

I’m a sucker for any reality show (the trashier, the better), but dating shows really take the cake for me. And a dating show where they get engaged before even looking at each other and then have to assimilate to normal life together? Sign me up. I obviously binged the entire season when it first came out last year, but you bet I’m rewatching the season again in celebration of After the Alter coming out, AKA a whole three episodes of pure drama and exploring what the contestants’ lives are like two years after they either got married or were left at the altar (yeah, it’s good). Three words: Justice for Giannina.

Where to stream: Hulu, Netflix, and MTV

Something about not being in a messy situationship but watching others get involved in them just hits different. If you’re looking for a not-so-serious-but-still-can’t-look-away type of show, then Are You The One? is definitely ideal. You’ll find yourself getting invested in all of the love triangles (and other various shapes), frustrated as these 20-somethings all try to find their “perfect match,” and excited to see them get closer to winning $1,000,000! Plus, allowing modern technology to pre-determine who you’re destined to be with just adds the perfect twist to any love game show.

Where to stream: MTV and Hulu

For me, this show is more of a need-to-watch rather than a want because, as someone who is a huge fan of anything celeb and pop culture, I’m way too curious about what some of LA’s first influencers are up to these days. The spinoff features many of the same cast members including Heidi, Spencer, Audrina, Justin Bobby, and Brody (Kristin even makes a quick appearance.) but all at such different stages of their lives than where we left them in 2010. If you’re looking for something quick, easy to follow, slightly comical, and full of cheesy drama to end your night with, The Hills: New Beginnings is a great option.

I’m obsessed with any drama/romance series, so Sex/Life is right up my alley. This series involves an intense love triangle with an extremely attractive cast—what more could you ask for? Be prepared for some nudity though, especially in episode 3 minute 19 (just saying). Aside from all the drama, what I like most about this show is that it’s all told from a woman’s perspective and centers around what she wants out of her life.